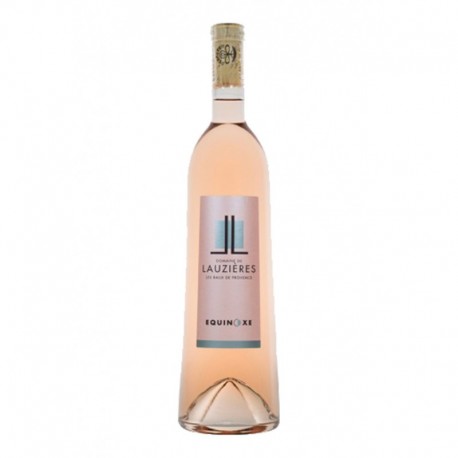 This product is no longer in stock

For a long time the valley is a wine-land, but it was only after World War II that the winemakers promote a quality wine by performing mass selection and lowering yields. The Grenache gradually resumes its place, Mourvèdre comes from Bandol while Syrah down the Roasted Coasts. The assembly of these three varieties allows for wines of great expression. In 1995, the winemakers working generations is rewarded because the soil gets AOC Les Baux-de-Provence. Lauzières was probably founded in the sixteenth century, to the time when the Huguenots sought refuge in the Alpilles. But it was in 1992 that Gerard and Jean-Daniel Pillon Schlaepfer, wine lovers, discover close to the Via Aurelia, in the heart of this land bathed in light, the Domaine de Lauzières. The field is then up to the Boyer family. The girls of the family inherited from their father, Lucien, died in 1962. Close to retirement they seek a buyer. The agreement was immediately found: Gérard Pillon and Jean-Daniel Schlaepfer resume the field! Upon resumption, efforts are made to boost the field: the buildings are rehabilitated, half of the vineyard, in poor condition, is torn then replanted with lyres. New operators also learn to master the problems of the territory: heat, erosion, fires ... They leveling paths, find weed infestations holding the earth débroussaillent and planting windbreaks. In 1999, they face the fire that destroyed nearly 2,000 hectares in the region. This is the olive grove that saved the fire area.

The wine region of Provence unfolds between the Durance, Les Coteaux de Pierrevert and the Mediterranean, from Nice to Arles, in the Alpes-Maritimes, Var, Bouches-du-Rhone and Alpes de Hautes Provence. Vineyard Provence is divided into four designations: Slopes of Pierrevert, Cotes de Provence, Aix en Provence Slopes and Slopes of Var and 5 appellations: Cassis, Bellet, Bandol and Baux. The vineyards of Provence offers rosés famous but also excellent red wines and some white wines (Bellet, Cassis, Bandol). The region has 21 main varieties and some complementary one. The wines are composed of assemblies whose percentages vary designations. The vines are planted on 3 types of terrain shallow and arid: limestone terraces (Sainte Baume, Alpilles, Alpes de Haute-Provence), crystalline floors made of granite and schist (Toulon, Saint-Raphaël) and soil siliceous sandstone and (Brignoles, Le Luc, Les Arcs, Frejus, Hyeres).